Learning from the Best: Motivational Training with Christian Bischoff

The world-renowned motivation and personality trainer Christian Bischoff has found a place in Maria Alm that inspires himself and where he can also motivate the participants of his Christian Bischoff Club with energy and passion to achieve their personal best.

Finding your own Way

Even if one goes purposefully its life way, one comes perhaps here and there into stumbling, cannot decide in which direction one goes further or doubts even at the own competence for making decisions over the goal, where the way should lead at all. Then sometimes you need a little push, an impulse, a confirmation that the ability to take the right path, to shape your own happiness and to find fulfillment is always within us.

Motivational and personality trainer Christian Bischoff specializes precisely in inspiring people to bring out the best in themselves.

Inspiration from Inside and Outside


The place Maria Alm with the breathtaking backdrop of the Hochkönig massif, the impressive mountains "Steinernes Meer", the incredibly beautiful alpine nature, the magical places, is a pure oasis of inspiration.

It is not for nothing that Christian Bischoff has chosen this place for his motivational trips - personally and in a group. On his last visit in November 2018, 60 participants gathered to take home a suitcase full of inspiration from the motivational training and the spectacular atmosphere in Maria Alm, Hotel Eder and Hotel SEPP.

There was laughter, drumming, crying, climbing, discussing, listening. Sometimes it was quiet, sometimes very loud. The room was full of energy. The focus was on experiencing together, feeling the joy of life, contact with oneself. Sometimes the participants - consciously or unconsciously - left their comfort zone, dared to take new steps and found their own pace. Intense moments with which Christian Bischoff conveyed how "unstoppable" everyone is for themselves.

Here are a few impressions from the motivational trip of the Christian Bischoff Club in Maria Alm:

Christian Bischoff has a long professional sports experience. At 16, he was the youngest basketball league player of all time. At the age of 19, he already had to overcome an enormous setback in his life: His active sports career ended after an injury. No reason to give up. Bischoff used his knowledge and talent to continue as a coach. At 25, he was one of the youngest head coaches in the national league of Germany.

After 16 years, Christian Bischoff then took the plunge from professional sports into a life full of personal responsibility and creative freedom as an entrepreneur and coach. The successes came quickly:

His school tour "Make the Positive Difference" became the most successful motivational and personality training for young people in German-speaking schools.

The DAX corporation Siemens conducted a world tour with him for several years.

In 2010-2012 he had 300 events a year and more and is still one of the most sought-after speakers in German-speaking countries. Events with up to 5,200 people are not uncommon.

He is the developer of the Pyramid Life Work, a holistic success and life concept for more success, happiness and quality of life and has developed the worldwide unique success box "Masterpiece Life".

Christian Bischoff is the founder of the seminar events "The art of doing your thing", "The art of living self-determined" and "The art of finding happiness and fulfillment". In these events he systematically helps people to develop their own potential in the best possible way and to remove all mental and emotional hurdles. Even the musicians "Die Fantastischen 4" have paid tribute to Bischoff and his work on their current album.

With his books, his seminars and products, Christian Bischoff has reached over 300,000 people to date, including global players such as Bosch, Procter & Gamble, Hewlett Packard, Kraft Foods, Telekom and many more.

We are all the more pleased that this exceptional trainer is a loyal guest at the Eder Hotels in Maria Alm - the next time already in July 2019!

Donation for Children with Special Needs 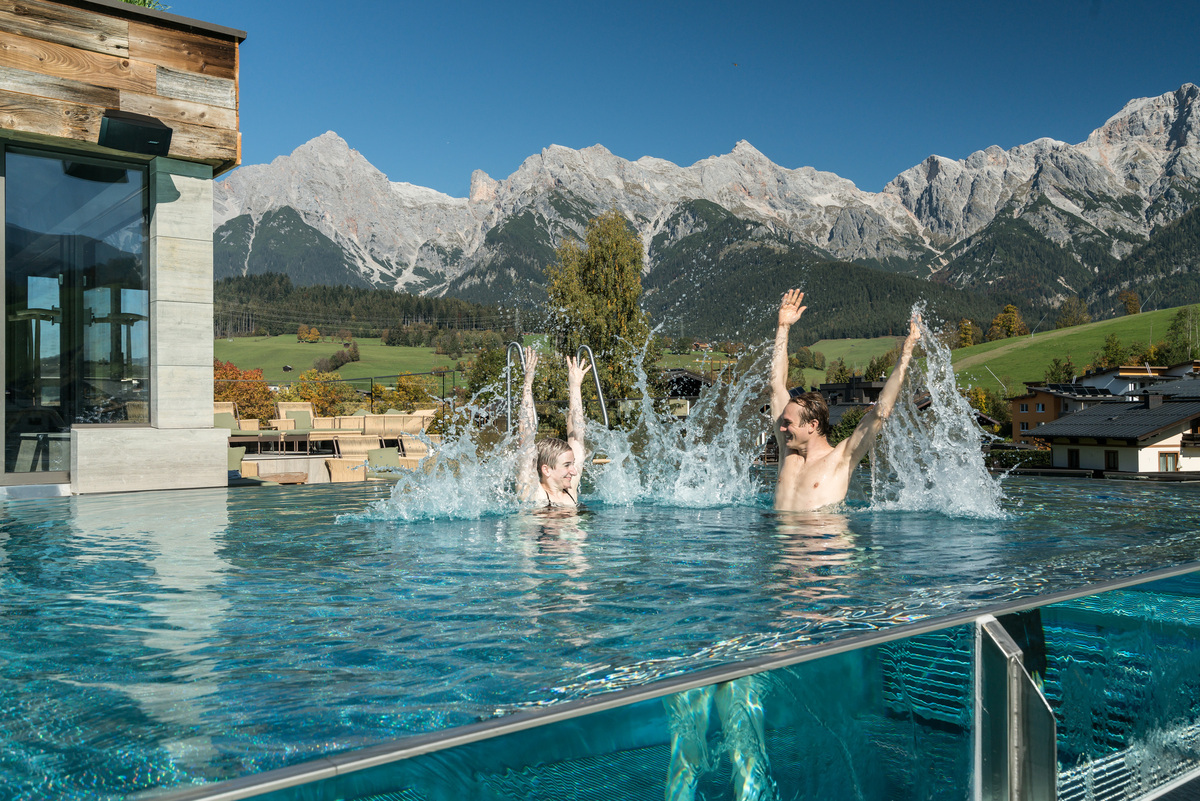 Are you sure you want to leave us?

Find out more about our new family hotel TaNte FriDa